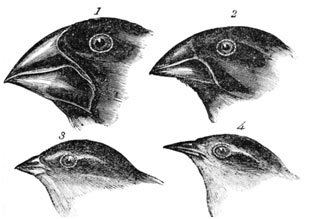 Darwinism identifies a core set of principles, concepts, and methodological maxims that were first articulated and protected by Charles Darwin and which continue to be identified with a certain technique to evolutionary questions. The Darwin-Darwinism relation is in certain aspects a causal relation, in the sense that Darwin influenced the arguments that followed him.

However, there is likewise something more: a type of isomorphism in between Darwin’s Darwinism and historic Darwinism. It is as though Darwin’s own contribution has constrained the conceptual and empirical development of evolutionary biology ever after.

Charles Darwin was born in Shrewsbury, in Western England, in 1809. He joined the expedition on Beagle to the South American coastline. He observed and collected countless specimens of diverse fauna and flora of South America.

He observed that the animals and plants of the different regions of the continent had a definite South American stamp, very distinct from the life forms of Europe. Furthermore, the South American fossils that Darwin discovered, though clearly different from modern species, were distinctly South American in their similarity to the living plants and animals of that continent.

An especially puzzling case of geographical distribution was the animals of the Galapagos islands. The majority of the animal species on the Galapagos live nowhere else worldwide, although they resemble species residing on the South American mainland.

It was as though the islands were colonized by plants and animals that wandered off from the South American mainland and then diversified on the different islands. Amongst the birds, Darwin collected on the Galapagos were 13 kinds of finches that, although quite similar, appeared to be different species. Some were unique to specific islands, while other species were distributed on 2 or more islands that were close together. After going back to Great Britain in 1836, Darwin viewed the origin of new species and adaptations as closely related processes. A new species would arise from an ancestral kind by the gradual accumulation of adaptations to different environments, separated from initial habitat by geographical barriers. Over lots of generations, the two populations could end up being different adequate to be designated as different species. This is obviously what happened to the Galapagos finches.

By the early 1840s, Darwin had actually worked out the significant features of his theory of natural selection as the system of adaptations. In 1844, Darwin wrote a long essay on the origin of species and natural selection.

However, before it could be published Alfred Wallace, a young biologist working in the East Indies established a theory of natural selection basically similar to Darwin’s. Wallace’s paper, along with extracts from Darwin’s unpublished 1844 essay, was presented to the Linnaean Society of London on July 1, 1858.

Darwin rapidly completed The Origin of Species and published it the next year. In this book Darwin developed two main points:

Darwin believed in perceived unity in life, with all organisms related through descent from some typical ancestor that resided in the remote past. In the Darwinian view, the history of life resembles a tree, with multiple branching and rebranching from a common trunk all the way to the tips of the living twigs, symbolic of the existing variety of organisms. At each fork of the evolutionary tree is a forefather common to all lines of evolutionary branching from that fork. Darwin suggested that populations of individual species progress adapted to their regional environments through natural selection. Darwin’s theory of natural selection was based on the following observations.

The Origin of Species persuaded most biologists that species are products of evolution. A crucial turning point for evolutionary theory was the birth of population genetics, which emphasizes the comprehensive hereditary variation within populations and acknowledges the value of quantitative characters.

With progress in population genetics in the 1930s, Mendelism and Darwinism were reconciled, and the genetic basis of variation and natural selection was worked out. Therefore, a thorough theory of evolution that became known as the modern-day synthesis or Neo-Darwinism was developed. It is called a synthesis due to the fact that it integrated discoveries and ideas from many different fields, including paleontology, taxonomy, biogeography, and obviously population genetics.