Calcium is one of the elements of the periodic table grouped in Alkali Earth metals. Calcium is a structural component and required by all types of living organisms as well as part of many lifeless components such as corals, soil teeth, etc. It is the fifth most abundant chemical element on Earth and also the fifth abundant element in the human body.

Naming and History of Calcium

The word calcium is derived from the Latin word “Calx” which means lime.

For centuries, calcium was used for many things and was obtained by heating limestone. Humphry Davy, in 1808 first discovered calcium. He did an experiment and tried to reduce lime by electrolysis.

He then tried the mixture of lime and mercury oxide and obtained an amalgam of calcium. He then added more lime. In the end, he distilled off the calcium leaving behind amalgam.

Jacob Berzelius performed a similar experiment but was not successful. Antoine Lavoisier called the calcium Earth as it was not reduced further. 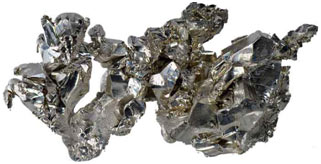 Calcium is the fifth abundant element in Earth’s crust and cannot be found free in nature. It is reactive so forms a compound by reacting with oxygen and water. it is common in the form of lime and limestone, gypsum, apatite, etc.

In a pure elemental state, calcium is soft, shiny, silvery-white and the lightest alkali earth metal. When exposed to air, it quickly forms gray-white oxide.

In contact with air, calcium establishes an oxide and nitride coating, which secures it from additional deterioration or corrosion. It burns in the air at a high temperature to produce nitride.

Due to its high reactivity with common substances, there is very little demand for metallic calcium. Calcium carbonate (CaCO3) is one of the common compounds of calcium. It is heated up to form quicklime (CaO) which is then added to water (H2O). This forms another product called slaked lime (Ca(OH) 2) which is an inexpensive base product used throughout the chemical industry.

The element is crucial for bones and teeth. Calcium assists in the movement of muscles by assisting to bring messages from the brain to all parts of the body.

The ions of the calcium function as carriers between cells in the form of multicellular life kinds.

Calcium helps in assisting hormones to release in addition to enzymes.

This component is extensively utilized in steelmaking due to the fact that it tends to readily form substances with oxygen and sulphur.

Several calcium substances have wide usage in the food industry (as food additives) and the pharmaceutical market.

The metal is utilized in aluminium alloys for bearings, as an aide in the bismuth removal form lead, along with in controlling graphitic carbon in melted iron. It is also utilized as a deoxidizer in the manufacture of numerous steels; as a reducing agent in the preparation of metals as chromium, thorium, zirconium and uranium, and as a separating product for gaseous mixtures of nitrogen and argon.

Calcium is an alloying utilized in the production of aluminium, beryllium, copper, lead and magnesium alloys. It is also utilized in making cement and mortar that are used in buildings.

Gypsum which is dehydrated calcium sulphate is used in Portland cement, making plasters and sculptures. Calcium has a role in maintaining soil properties. As gypsum, calcium has a wide range of applications in agriculture.