This tutorial is for Windows 10 users only.

Among the best ways to safeguard your privacy would be to encrypt important information on your PC. Whether you will need to send private information to someone, or just want to be certain that no one that gets access to a computer can see things you’d rather keep private, encryption is the best way to go.

As a Windows 10 user, you have many options for encrypting information. In this guide, we’ll show you ways to encrypt individual files, file folders, and even whole disk drives. Each approach has its benefits and drawbacks, so we’ll cover those, also. That way, you will get a better sense of which type of encryption you’ll need for a variety of situations.

As the title of this tutorial says, now let us dive deep into encryption at drives, folder, and file levels.

Hard disk or drive encryption protects the whole drive at once. To use a device with an encrypted hard disk you would have to enter the password key once you logged on, or nothing as the disc will be reachable.

This sort of encryption is a great first line of defense in the event of theft. If someone stole your notebook or ripped the drives from one of your servers, then they would have to defeat the hard drive encryption to find any data whatsoever.

It’s still possible to use folder-level encryption and individual file encryption into an encrypted disc.

Next up is folder level encryption. This strategy involves encrypting everything that’s kept in a folder. Passwords or keys are assigned to the folder, not individual files.

Note that storing a document in an encrypted folder will not keep you from also encrypting files separately.

As its name suggests, individual file encryption refers to encrypting one file at a time. Each document has its own password or key.

The Way to encrypt files and folders on Windows 10

Your choices for encrypting files and folders on Windows 10 devices depend on which version of Windows 10 you’ve got. Windows 10 Pro and Enterprise users have an integrated encryption tool called the Encrypting File System (EFS). Any Windows 10 user, such as those with the Home edition, may also utilize third-party apps like 7-zip for file and folder protection.

Beyond these options, Microsoft Office programs have a simple file locking / encryption feature built in, as does Adobe Acrobat.

Before you start encrypting with EFS, a few things to note:

Steps to Encrypt files/folder with EFS in Windows 10

Open Windows File Explorer and browse to the folder or file that you wish to encrypt using EFS.

Right-click the folder or file that you wish to encrypt.

From the menu which appears, choose Properties.

From the General tab of Properties, locate and click on the Advanced button (it’s circled in red in the next picture). 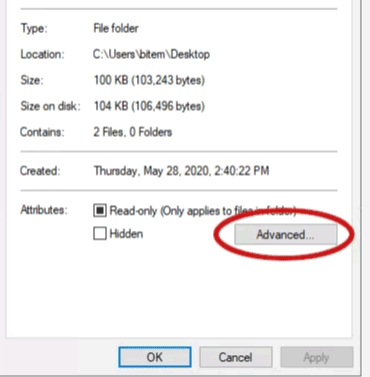 From the Advanced Attributes dialog box which appears, place the Encrypt contents to secure data checkbox. 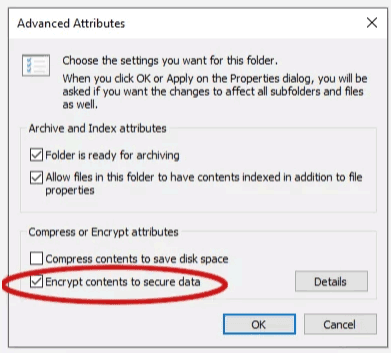 Finally, press OK and you are done!

We have assumed that you have installed the 7-zip. Now follow these steps:

Right-click the folder or file you want to encrypt.

From the shortcut menu that appears, select 7-Zip, then Add to archive…. This opens the Add to Archive window. 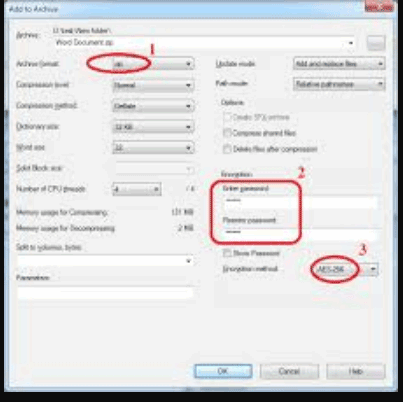 From the Archive area, enter the title for the archive file you will produce.

From the Encryption section of this window, enter a strong password in the Input field, and again in the Reenter password area.

Select OK. This generates the encrypted archive, which appears in exactly the exact same folder as the folder or file you encrypted.

The result of encrypting something with 7-zip how we did here is a zipped archive that’s AES-256 encrypted. This archive appears in exactly the same folder as the folder or file that you encrypted, alongside the first folder or file. What this means to you depends on what you intend to do with the encrypted file or folder.

The Way to encrypt hard drives on Windows 10 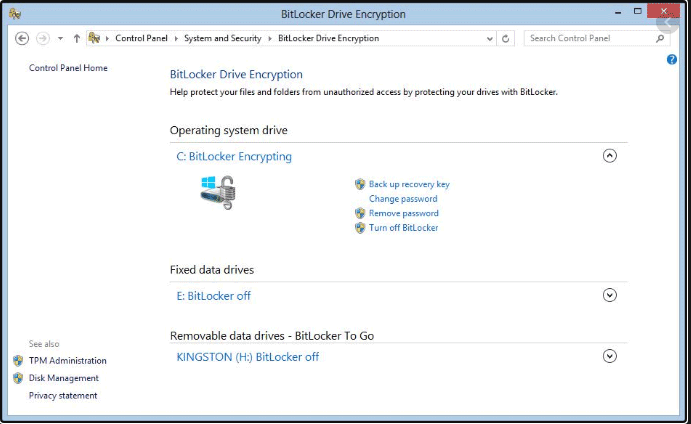 Learn more about it on the Microsoft website here.