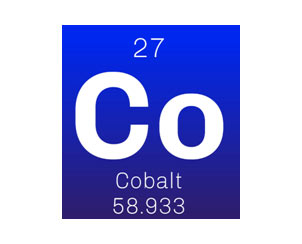 Cobalt is a transition metal located in group 9. Cobalt has 27 electrons. Its atomic number is 27 whereas its atomic mass is 58. The symbol of Cobalt is “Co”.

There are two origins of the Cobalt name. one is the Greek word “cobalos” which means “mines”. The other name was given by German miners. The old German word “kobold” means ‘goblin, evil spirits or elf’.

Cobalt was in used by people since ancient civilizations. People of China and Rome used cobalt compounds for making ceramics and blue glass.

In 1735, Swedish chemist George Brandt was the first who discovered and isolated cobalt. In 1739, he published his results. Before his publications, his claim disputed other chemists who thought his newly discovered element is basically a mixture of iron and arsenic. And the blue color was caused by Bismuth.

He explained in his publications that there is a new half-metal (transition metal) in addition to zinc, mercury, bismuth, and arsenic. He named cobalt after German miners who cursed it with the name kobold. 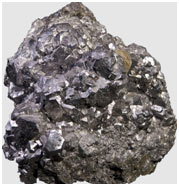 In nature, cobalt is not found freely and not abundant metal in Earth’s crust. It is present in ores. Cobalt is associated with copper and nickel and mined with them. Cobalt is present majorly in cobaltite, linnaeite, chloanthite, smaltite, carrollite, etc.

The largest miners and suppliers of cobalt are Canada, Russia, Australia, Cuba, etc.

Cobalt is hard, sturdy, silvery bluish or whitish-grey transition metal with ferromagnetic properties. It is a brittle and lustrous element that has similar physical properties to iron and nickel.

Cobalt is a chemically active element but is stable in air. It remains unaffected by water. It can be easily magnetized and unlike any other magnetic can withstand high temperatures. Dilute acids react quickly with cobalt.

The melting point of cobalt is 1495°C and its boiling point is 2927°C. Cobalt has a density of 8.86 grams per cubic centimeter. Cobalt exists as a solid at room temperature.

Cobalt is an essential trace element in living things. Cobalt is required for making active sites of enzymes and for their proper functioning. Cobalt is the central atom in vitamin B 12. Cobalt is used to treat anemia as it regulates the production of red blood cells.

The animals which are mineral deficient are given cobalt. In aquatic environments, cyanobacteria and other nitrogen-fixing bacteria require it. It is slightly toxic to the skin but ingestion can cause health effects.

Cobalt-60 radioisotope is of great importance. It is used in the treatment and diagnosis of cancer. 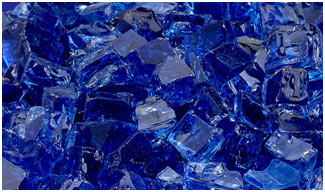 Cobalt compounds are in use for centuries. It is magnetic but its alloy alnico, a combination of aluminum, nickel, and cobalt is used to make powerful magnets that are used in high-speed motors.

These magnets are also used in places where temperatures are very high.

Superalloys of cobalt are highly magnetic and corrosive resistant and are widely used in turbines, motor parts, etc.

Due to its non-corrosive nature, it is used in making aircraft parts, jet engines, speed steels, and cemented carbides.

Cobalt is widely used in electroplating.

It is used in making electronic batteries.

It is used as a catalyst in the chemical and petroleum industry to speed up reactions. 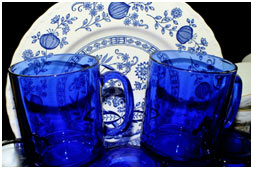 Cobalt is commonly used as a dying or coloring agent in paints, inks, glass, ceramics, etc.

Cobalt 60, a radioisotope is a great source of gamma rays. These are used in sterilizing food products, medical equipment, and cancer treatment.

There are 22 isotopes of cobalt whose half-lives are known. Mass of them ranges from 50 to 72. The only stable isotope that exists in nature is Cobalt- 59. Cobalt- 60 is a radioactive isotope with a half-life of 5.27 years. It is an important medical tracer, source of gamma rays, and used in the treatment of cancer.