Zinc is a member of group IIb of the periodic table. Zinc has 30 electrons. The atomic number of zinc is 30 whereas its atomic mass is 65. The symbol of zinc is ‘Zn’.

Zinc got its name from the old German word “Zinke” which means pointed and spiky. This was because zinc has sharp, pointed crystals. And secondly, the German word ‘zin’ means tin.

Zinc is known to humans since ancient times and was used to make alloys such as brass; a mixture of copper and zinc. The smelting of zinc began in the early 1200s. It was first recognized as a metal at Zawar in Rajasthan.

A Flemish metallurgist in 1668, first extracted metallic zinc from zinc oxide. But Europe claimed that zinc was first identified by a German chemist named Andreas Marggraf in 1746.

Zinc is the 24th most abundant element on Earth’s crust but in its pure elemental form, it does not exist. Zinc can be obtained from minerals such as smithsonite, wurtzite, hemimorphite, sphalerite, etc. Sphalerite is the major source of zinc as it contains 60% of zinc. 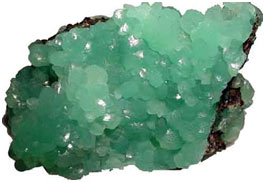 These minerals are widely distributed throughout the world. Major suppliers are Canada, Russia, Australia, Peru, etc.

Zinc is a lustrous, crystalline, brittle, bluish-silver, or whitish metal. When comes in contact with air, it tarnishes. Zinc is a fairly reactive element and can react with other elements to form compounds such as oxygen to form oxides of zinc.

Zinc reacts with dilute acids and liberates hydrogen. At low temperatures, zinc is brittle but at a temperature above 100 ᵒC, it is malleable and used to make sheets of it. It does not corrode easily that’s why use to coat iron and the process called galvanization.

Zinc is a good conductor of electricity. It produces bright bluish-green flame with oxides of zinc on burning. Zins is solid at room temperature. The melting point of zinc is 419.53°C and its boiling point is 907°C. The density of zinc is 7.134 grams per cubic centimeter.

Zinc is an essential element in almost all life forms. In humans, it is present as a trace element and is necessary for the proper functioning of enzymes. It forms active sites of almost 20 enzymes.

Zinc activates the enzymes needed for the synthesis of proteins. It also plays role in the formation of chlorophyll. It helps plants to survive in cold conditions.

Zinc is not a toxic element, but fresh zinc oxide if inhaled, can cause a disorder called zinc chills or oxide shakes.

The major use of zinc is galvanizing. It is used to coat iron to prevent it from rusting and then this galvanized iron or steel is used in making suspension bridges, car bodies, etc. 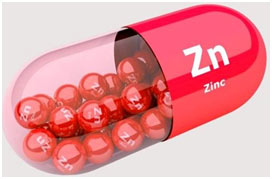 There are almost 25 isotopes whose half-lives are known to date, mass ranging from 57 to 83. There are 5 naturally occurring isotopes. Zinc- 64 is the most abundant one with a percentage of 48.