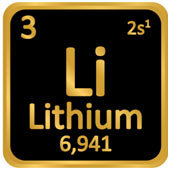 Lithium is an alkali metal present in group 1 of the periodic table. Its atomic number is 3 and its atomic mass is 6.941. This means lithium has 3 electrons, 3 protons but 4 electrons. The symbol for lithium is “Li”.

The word lithium is derived from the Greek word “lithos” which means “stone”. As it is primarily present in rocks.

In the 1790s, José Bonifacio first discovered a mineral of lithium called petalite in Sweden. On burning, it gave crimson flame. In 1817, Johan Arfwedson, a Swedish chemist observed, studied, and analyzed the properties of that element in stone.

He deduced that it was a new element that was not known previously and gave the name Lithium and said that it was an alkali metal like sodium but was not successful in isolating it by electrolysis like Sodium. 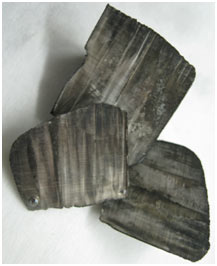 Lithium is a highly reactive element so does not exist as a free element in nature. Mostly it is present in brine pools or lakes, minerals like petalite, spodumene, lepidolite, etc. It is primarily present in molten igneous rocks. Some amounts can also be found in sprig waters, salt waters. The major supplier of Lithium is Chile, where brine pools are present.

Lithium is a highly reactive soft, silvery-white but lightest alkali metal. Its physical and chemical properties resemble more alkaline earth metal than its own group. Lithium in its pure form reacts with air to form lithium hydroxide due to vapor content in the air, lithium nitride reacting with nitrogen, and lithium carbonate on reaction with carbon dioxide.

The melting point of lithium is 180.50°C and its boiling point is 1342°C. It is the lightest metal with very low viscosity and a very low density of 0.534 grams per cubic centimeter. This density is less than water. Lithium exists as a solid at room temperature.

Lithium is corrosive. It reacts with water but not violently as sodium. It has a high specific heat capacity, high thermic conductivity, and metallic lithium are soluble in amines such as ethylamine. In elemental form, it is highly flammable and gives crimson flame on burning.

Some traces of lithium are present in human bodies. These are ingested with food. It has no known biological role but used in medications and pills for mood swings and maniac disorders.

Due to its high specific heat capacity, lithium is used as a heat transfer agent and coolants in reactors where neutron bombardment takes place.

Lithium is widely used in rechargeable batteries such as mobiles, digital cameras, laptops, etc. it is also used in batteries of heart pacemakers and toys. 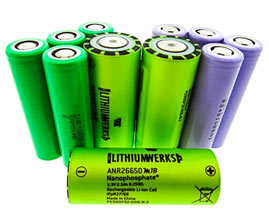 Due to its lightweight, it is alloyed with aluminum, copper, to make much stronger and powerful metals for aircraft.

Lithium chloride and lithium bromide have hygroscopic nature. These are used as drying agents.

Lithium stearate serves as a high-temperature lubricant and grease thickener.

Lithium carbonate is used in medications to treat mood swings.

Lithium has 7 isotopes ranging from mass number 5 to 7. There are two naturally occurring stable isotopes of lithium. Lithium- 7 is more abundant with almost 92% and Lithium- 6 is about 7%.