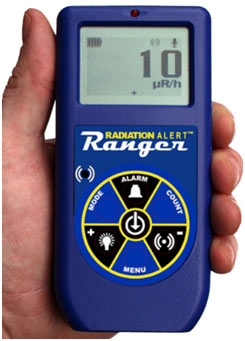 Nuclear radiations, electromagnetic or light radiations, or any other type of radiations cannot be sensed by our ordinary senses. So, we use special types of radiation detectors which indicate the presence of these radiations.

Radiation detectors have essential importance in the nuclear industry, nuclear sciences, or nuclear research centers. They are also used in science laboratories, medical imaging, etc. These detectors calculate the flux of particles released from nuclear reactions such as fission and fusion.

These radiation detectors also called radiation sensors to detect ionization as a result of the interaction of α- particles, β- particles, and γ- rays with matter and produce positively charged ions.

In 1896, Henri Becquerel demonstrated the use of photographic film as a radiation detector. On exposure to radiations, spots were formed on the photographic film. People who worked with materials that give off radiations needed and sought ways to detect these rays. 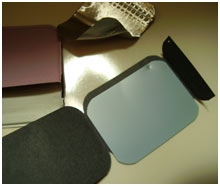 Another instrument used for detecting radiation in early times was the gold leaf electroscope. The leaves of the electroscope on becoming charged with ionization repel or attract each other. this was somehow a better device than photographic plate or film as it was easy to configure the type of particles i.e., α- particles orβ- particles.

Another device used by early scientists working with radiations was spinthariscope. It was used to note individual nuclear disintegrations which were produced as a result of the interaction of ionizing particles with the scintillator.

English physicist, William Crookes developed this for radiation detection. In this, there was a zinc sulfide screen at the end. At the other end, there was a lens for observation. When α- particles react with the zinc sulfide, it gave off a tiny splash of light. 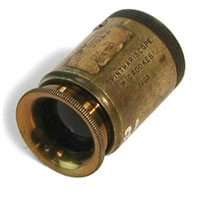 People there used to count these tiny flashes. These counts determined the number of decays. Early detectors and other instruments led down the basis and understandings of modern tools and equipment. Now there are Wilson chamber and Geiger Muller Counter for more accurate and precise detection of radiations.

This material uses a special material that shines or “scintillates” when radiation strikes it. Materials used in scintillation detectors consist of certain liquids, plastics, organic crystals, (such as anthracene), and inorganic crystals. Most scintillating materials show a preference for which kind of radiation they will find. The most common type of material is a kind of salt called sodium-iodide.

The photocathode produces electrons when light strikes its surface. These electrons are then pulled towards a series of plates called dynodes through the application of a positive high voltage.

When electrons from the photocathode struck the very first dynode, several electrons are produced for each initial electron hitting its surface. This group of electrons is then pulled towards the next dynode, where more electron multiplication takes place. 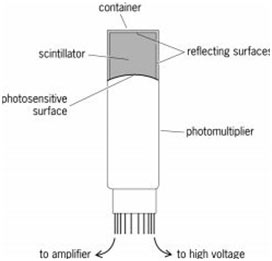 The series continues till the last dynode is reached, where the electron pulse is now countless times bigger than it was at the start of the tube. At this point, the electrons are collected by an anode at the end of the tube forming an electronic pulse. The pulse is then observed and shown by the instrument.

Electrical detectors wait for the radiation to ionize part of the detector. Lots of radiation detectors utilize an ionization chamber. Essentially, such a chamber is simply a container of gas that goes through a voltage. 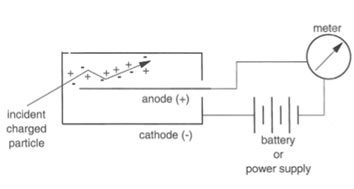 In their rush, they run into and ionize other gas molecules. The radiation has set off a domino effect that leads to a large electrical signal, called a pulse, on the plates. This pulse can be measured and recorded as information.

Solid-state radiation detectors are fast, more accurate, and precise detectors. It has a specially designed pn junction. The p-type is silicon or germanium. N-type is produced by doping the top surface with impurity. 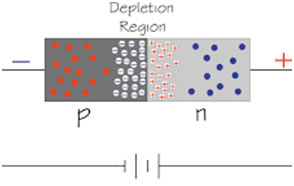 The top and bottom are coated with a thin layer of gold for good contact with an external circuit. When radiation is allowed to enter and penetrates the depletion region, electron holes are produced.

These charged particles migrate towards opposite poles in an electric field and produce a potential drop across the junction. This gives rise to a current pulse which is amplified and registered by scalar unit.