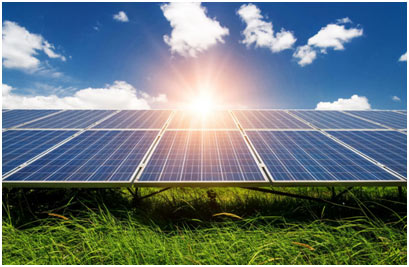 We use non-renewable fuel sources such as coal, oil, and gas to heat our houses and run industry and transport. They are normally hydrocarbons (compounds of carbon and hydrogen). When they are burnt, they combine with oxygen from the air. The carbon ends up being carbon dioxide; hydrogen becomes hydrogen oxide called water; while energy is emitted as heat. In the case of coal:

Fossil fuels took countless years for their formation. They are called non-renewable resources. We are using non-renewable fuel sources at an extremely fast rate. Their usage is increasing day by day to fulfill our energy needs. If we continue to utilize them at the present rate, they will soon be exhausted. When their supply is exhausted, the world would deal with a serious energy crisis. 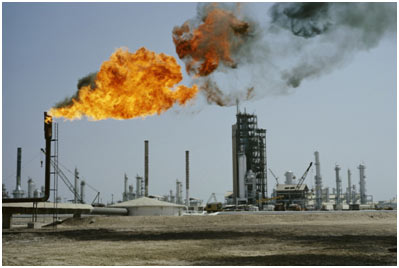 Therefore, non-renewable fuel sources would not have the ability to fulfill our future energy requirements. This would trigger serious social and economical problems for countries like us. For that reason, we should use them carefully and at the same time establish new energy sources for our future survival.

Additionally, non-renewable fuel sources release hazardous waste products. These wastes consist of carbon mono-oxide and other damaging gases, which pollute the environment. This causes major illnesses such as headache, stress, nausea, allergies, irritation of the eyes, nose, and throat. Long exposure to these damaging gases may cause asthma, lung cancer, cardiovascular disease, and even damage to the brain, nerves, and other organs of our body.

In a nuclear reactor, we get energy as a result of a fission reaction. Throughout the fission reaction, heavy atoms, such as Uranium atoms, split up into smaller sized particles emitting a big amount of energy. The nuclear power plant gives out a lot of nuclear radiation and a large amount of heat. A part of this heat is used to run power plants while a great deal of heat goes waste into the environment.

Renewable resources consist of biomass energy (such as ethanol), hydropower, geothermal power, wind energy, and solar energy. They will not run out like coal, oil and gas. 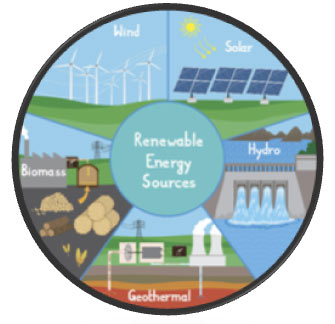 Energy from water power is really cheap. Dams are being constructed at suitable places in different parts of the world. Dams serve lots of functions. They help to manage floods by saving water. The water stored in dams is used for watering and likewise to produce electrical energy without creating many ecological problems like heat and noise pollution. 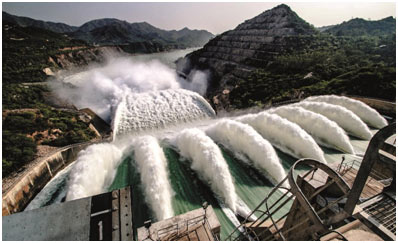 Solar energy is the energy coming from the Sun and is used directly and indirectly. Sunlight does not pollute the environment in any way. The sunrays are the ultimate source of life on Earth. We depend on the Sun for all our food and fuels. If we discover an appropriate technique to utilize a portion of the solar power reaching the Earth, then it would be enough to satisfy our energy requirement.

Making use of solar power is not new. However, its use in homes and workplaces along with for commercial industrial purposes is rather current. Complete solar home heating systems are successfully utilized in areas with a minimum quantity of sunlight in winter. A.heating unit includes: 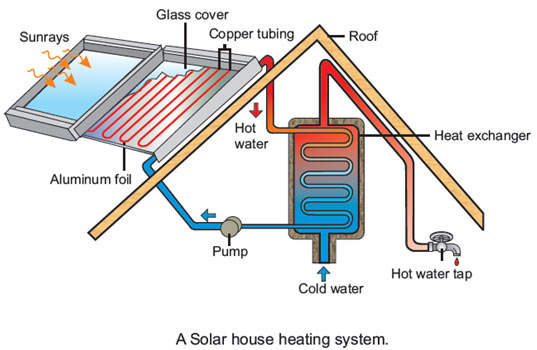 A solar collector is made of glass panels over blank metal plates. The plates absorb the Sun’s energy which warms a liquid flowing in the pipes at the back of the collector. The warm water can be used for cooking, washing, and heating the buildings. Solar power is utilized in solar cookers, solar distillation plants, solar power plants, etc.

Numerous other approaches to trap sun rays are underway. If scientists might discover an efficient and inexpensive method to utilize solar power, then the people would get clean, unlimited energy as long as the Sun continues to shine.

The wind has been used as a source of energy for centuries. It has powered cruising ships across the oceans. It has been used by windmills to grind grain and pump water. More recently, wind power is used to turn wind turbines.

When lots of wind machines are organized together on wind farms, they can create adequate power to run a power plant. In the United States, some wind farms create more than 1300 MW of electrical power a day. In Europe, numerous wind farms consistently produce a hundred megawatts or more electrical energy a day. 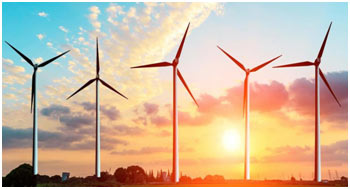 In some parts of the world, the Earth offers us warm water from geysers and hot springs. There is a hot molten part, deep in the Earth called magma. Water reaching near the lava changes to steam due to the high temperature of magma.

This energy is called geothermal energy. Geothermal well can be developed by drilling deep near hot rocks at areas, where magma is not very deep. Water is then pushed down into the well. The rocks rapidly heat the water and change it into steam. It expands and goes up to the surface. The steam can be piped straight into houses and workplaces for heating purposes or it can be used to generate electricity. 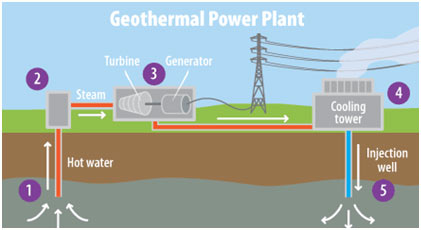 Biomass is plant or animal wastes that can be burnt as fuel. Other kinds of biomass are trash, farm wastes, sugarcane, and other plants. These wastes are utilized to run power plants. Many markets that utilize forest products get half of their electrical power by burning bark and other wood wastes.

Biomass can work as another energy source, but problems exist in its use. When animal dung, dead plants, and dead animals disintegrate, they release a mixture of methane and CO2 Electrical energy can be produced by burning methane. 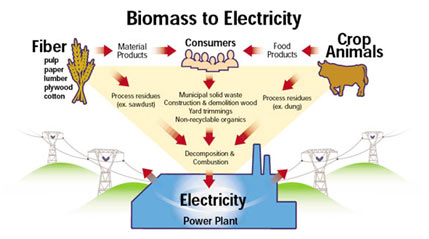