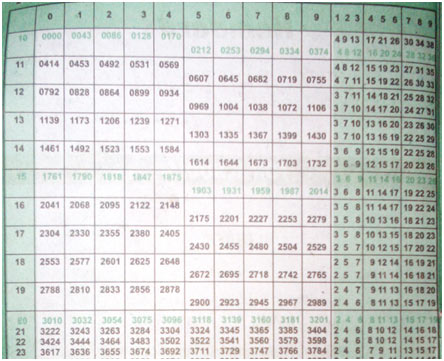 Who invented the logarithm?

The technique of logarithms was openly submitted by Scottish mathematician John Napier in 1614, in a book named Mirifici Logarithmorum Canon is Descriptio (Description of the Wonderful Rule of Logarithms)

His definition was given in terms of relative rates:

“The logarithme, therefore, of any sine is a number very nearly representing the line which increased equally in the same time while the line of the whole sine decreased proportionally into that sine, both movements being equivalent timed and the beginning equally shift.”

To understand the logarithm, firstly we have to revise the concept of exponents.

Exponent or power is a number that shows how many times a number is going to be multiplied.

it shows us that 6 is going to multiply 3 times as:

Logarithm, the exponent or power to which a base must be raised to yield a given number. Expressed mathematically, x is the logarithm of n to the base b if

in which case one writes

There are two types of logarithm depending upon the base that we are using.

The logarithm with the base 10 is common logarithm.

Turn on the calculator

Press the log key and then write the number on the calculator whose log you want to find.

Press = key to see the answer.

A logarithm of a number is divided into two parts. One is known as the characteristic and the other is the mantissa.

We will find the characteristic first. To evaluate it, follow the given instructions.

Suppose we have a number =  232.92 . And we want to evaluate its common logarithm using the table.

Now we are supposed to calculate the mantissa of the given number.

To find a loga(n), you will have a loga table. Almost all log tables are for base-10 logarithms, called “common logs” as mentioned earlier.

We have a number 232.92. we are supposed to look at the row labeled with 23 in the Colom labeled with 2. The corresponding number is 3655

Some tables have a smaller set of columns on the right side of the chart. Use these to adjust answer if the number has four or more significant digits:

Further Reading:  What is Expanded Notation? The log table only tells you the portion of your answer after the decimal point. This is called the “mantissa.”

3672 is the portion of the logarithm of a number after a decimal point.

The value which is before the decimal point is characteristic, that we already found previously. Now, combining both of these we get the logarithm.
The logarithm of a number 232.92 is 2.3672