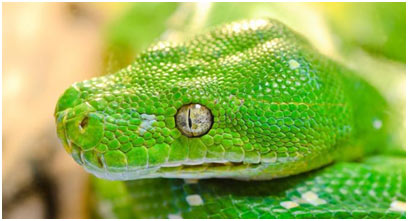 Our imagination, particularly the imagination of filmmakers, frequently tends to amplify living animals. This condition is bothering not just fishermen but almost everyone who met face to face with a wild animal. But even in the real-life, a handful of snake species can grow to enormous percentages.

The longest of them, pythons, can stretch well beyond the length of George Washington’s 21-foot nose on Mount Rushmore, and there is anecdotal proof of some specimens reaching 33 feet, or almost as long as a telephone pole. Giant snakes appear scary and frightening; however, they are remarkable in numerous ways.

You may question how these animals swallow animals that are bigger than themselves. Anyway, we always want to know more about the huge snakes. We provide you a list of the largest living snakes. Read them and enjoy!

The green anaconda is the largest living snake in the world. They can grow in between 6m and 9 meters in length and weigh up to 250 kg, almost two times as heavier as the reticulated python (the longest snake in the world). Green anacondas are non-venomous and discovered in swamps, marshes, or rivers throughout South America. The female anacondas are larger than males. As the name suggests they have appealing olive green skin with black blotches. Contrary to typical misconception, green anacondas are not man-eaters by nature. Green anacondas are likewise referred to as water boa as they spend the majority of their lifetime in water. They can also swim at extraordinary speed in the water.

The eyes and nostrils of green anacondas located on the top of the head. So that they can see and breathe even when most of their body is totally submerged. They capture the prey until it suffocates and swallows the dead animal by the whole. Green anaconda’s diet list includes deer, tapir, caiman, crocodiles, fishes, and turtles.

Anacondas get all the press about being the biggest snakes since they are in terms of weight. However, the longest recorded living snake is a reticulated python named Medusa, who lives at The Edge of Hell Haunted House in Kansas City. Medusa is 25 feet, 2 inches long, and weighs 350 pounds. When it’s “showtime,” Medusa will stay completely still for the whole haunted-house show. She is fed a deer every other week or two. A python, like Medusa, bites its prey and then swallows it entirely. There is an alleged record of a 32-foot, 10-inch reticulated python that was shot in 1912. However, like many long snake records, this one is hard to nail down.

The reticulated python is a nocturnal snake, just hunt during the night. They prey on monkeys, rats, civet, deer, and pigs. Like other pythons, they also squeeze the prey till it stops breathing.

The Burmese python is the 3rd largest non-venomous, living snake in the world. They can reach a length between 5 m and 7.6 m and a maximum weight of 137 kg. They live in marshes, swamps, woodlands, meadows, and river valleys of Southeast Asia.

The Burmese python is also one of the most gorgeous snakes in the world. Their body can be found in various colors consisting of grey, brown, yellowish-brown, and tan with reddish blotches. Burmese pythons kill their prey by constraint. The hinged jaws likewise let the Burmese pythons swallow the prey by the whole. They eat bunnies, rats, little birds, deer, and pigs. After having a huge meal, Burmese pythons can live for months without food.

One snake that’s simple to keep in mind is the fer-de-lance or bushmaster, whose Latin name has actually been quoted as “Silent Death.” It’s the biggest venomous snake in the Americas, occasionally reaching 12 feet. Bushmasters are known for their coffin-shaped head, which is apt due to the fact that it’s deadly. The bushmaster is frequently referred to as aggressive, excitable, and unforeseeable when interrupted. Like the majority of snakes, it chooses to get away from danger. The bushmaster is a pit viper, which suggests it uses heat-sensing pits on each side of its head as infrared sensors.

Indian python is a big, non-venomous, constrictor snake found in South Asia. This huge snake can reach an optimum length of 6.4 meters and weigh up to 91 kg. They inhabit rain forests, forests, shrublands, and marshes. The appealing skin of Indian pythons can be found in yellow, brown, or cream in color with dark markings. These markings help the Indian pythons to camouflage against different backgrounds. After catching the prey, the giant Indian python will kill it by squeezing. The diet plan of Indian pythons primarily includes rodents and other little mammals. They also consume birds and amphibians. The eastern diamondback has the longest fangs of any rattlesnake, at as much as an inch. And it can inject sufficient venom to kill 3 people. Yellow anacondas are endemic to South America. They populate in swamps, marshes, and rivers. This huge snake is a non-venomous member of the boa snake family. Yellow anacondas are ambush hunters, that is they await the prey to pass by and will make an abrupt attack. After capturing the prey, they coil around it and squeeze it to death. The diet of yellow anacondas consists of deer, peccaries, caimans, fishes, and turtles.

The beautiful smooth skinned olive python is a uniform light to dark olive-brown to red-brown, with a white or cream underbelly. Growing to nearly 4 meters, this robust python is Australia’s second-biggest snake species. Its scale configuration is slightly different and the snakes grow somewhat bigger, with snakes approximately 6.5 meters long being reported. Olive pythons are found across northern Australia, from Western Australia to Queensland. They are found in mountain ranges and savannah woodlands and favor rocky canyons and watercourses. They feed on birds, reptiles and frogs, and mammals.

Facts about snakes that will blow your mind!!