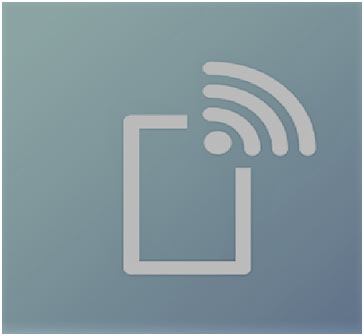 What is a hotspot?

WiFi hotspots are internet accessibility points that permit you to connect to a WiFi network using your computer, smartphone, or another device while away from your house or office network. Many cities, companies, and other organizations have begun providing WiFi hotspots for public use. These hotspots assist individuals to access faster internet connections than what is typically offered cellular networks. How to find hotspots?

The most convenient method to discover a hotspot is to open up your computer system or tablet and check your available networks list. In many public locations, you’ll find that there are a lot of open, public hotspots you can connect to, free of charge. How does hotspot work?

A public hotspot works, from the user’s end, similar to a WiFi network that you might find in your house or office. These hotspots transmit a web connection using special wireless devices, to create a WiFi network to which you can connect a tablet, smartphone, computer system, or other gadgets.

Further Reading:  Issues That May Weak WiFi Signals with Solutions

The range, power, speed, and price of a hotspot might differ, based on where you are. But the overall concept behind a hotspot is precisely the same as a home-based WiFi network, and you can connect to and use a hotspot just like you would use a home WiFi network.

A public hotspot is precisely what it sounds like. These hotspots are usually, though not always, free to work with. Places like a coffee bar, libraries, and retailers might provide a free of cost, public WiFi connection for patrons.

In some cities, municipal governments or ISPs may likewise provide free public WiFi connections in some locations. These are generally complimentary, however in some areas, like hotels and airports, you might have to pay to access a public hotspot.

Did you find out that you can use your iPhone or numerous Android smartphones as a hotspot? By turning on this feature, your phone makes use of its cellular data to develop a hotspot. You can then connect a computer or other gadget to this hotspot to access the web.

Further Reading:  How to Find Out How Many Devices are Connected to My Wi-Fi?

You can also buy purpose-built mobile hotspots, which are designed to turn a cellular data connection into a strong WiFi connection. People who travel a lot for work or who require consistent access to a trustworthy WiFi connection can use one of these gadgets, which can be purchased from most mobile phone companies.

Private hotspots, such as the mobile version, are completely safe. When it pertains to public hotspots, on the other hand, the security methods utilized to protect your information can vary widely.

As a rule, it’s recommended that you refrain from doing anything over a public hotspot that might endanger secure private information, such as taking a look at on shopping websites (providing payment information), working with banking apps, or accessing medical records. For other activities like web surfing, checking out e-mail, and using social networks, however, public hotspots tend to be actually safe.

Difference between Wifi and Hotspot

Wifi (mean Wireless Fidelity) is a wireless communication innovation that is utilized for LAN(Local Area Networks). Wifi works with electromagnetic waves under the radio frequency bands 2.4 GHz for wireless communication. Wifi is developed by utilizing wireless devices in order to create a hotspot.

There would be a hotspot without wifi. Wifi is more secure and flexible in nature. It can be used to link video gaming consoles, printers, computer systems, and so on.

Hotspots are less secure than private wifi because they are commonly used in public locations.