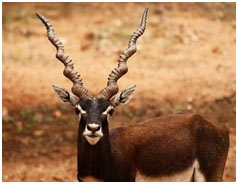 In zoology, horns are the pair of hard structures that grow from the outer layer on the upper portion of the head in many hoofed animals and are also used for the antlers and other hard structures present in animals such as lizards, birds, etc.

Horns and hornlike structures are widely distributed particularly among mammals. The term “horn” is used for the surface or sheath which is made up of keratin. Horns occur in both sexes and are preserved for a year.

According to the presence, shape, and structure horns are of the following types: 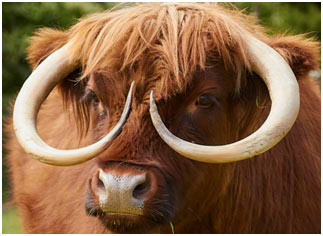 It is the product of the stratum corneum. Bovine horns are never shed and are usually curved. These are present in both sexes. However, due to selective breeding polled cattle have lost their horns. 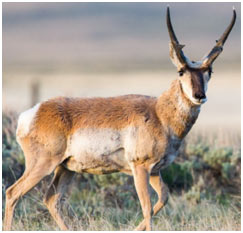 Prong horns are basically the conical outgrowth on the frontal bone. A sheath covered these horns. The pronghorns are branched and the epidermal sheath is shed annually. Prong horns are present only on male antelopes.

Hair horns consist of agglutinated keratinized hair-like epidermal fibers that form a solid structure on a roughened area of the nasal bone. These fibers are fused together by a mass of hard keratinized cells from the epidermis. 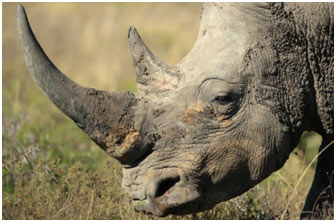 The fiber emerges from dermal papilla but is not true hairs as these are not arise from hair follicles. They have no bony core. Hair horns occur in both sexes and they are never shed.

Rhinos have hair horns on their nasal bones. Some African rhinos bear two horns one behind the other.

Antlers of deer and Horns of Giraffe

Antlers are basically not horns but show resemblances in many aspects. The antlers of deer and horns of giraffes are not true horns. In these horns, dermal bone is attached to the frontal bone of the skull. New growing antlers are covered with soft vascular skin having velvety hair. 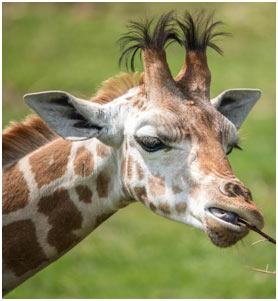 Except for caribou and reindeer, they are only found in males. Antlers are replaced annually. Giraffe horns are similar to stunted antlers. They are permanently covered with normal skin having velvety hair.