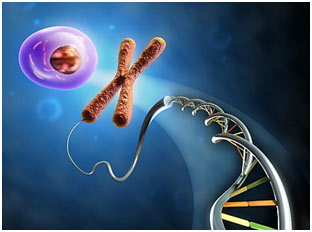 The scientific approach that aims to apply genetic methods to deal with the maintenance, sustainability, and restoration of biodiversity is called genetic conservation. Experts or researchers who are involved in genetic conservation belong to different fields such as molecular biology, ecology, population genetics, systematics, and evolutionary biology.

Modern varieties were bred for high production and uniformity. But these varieties contain only a small portion of the ancient stored genes. The Green revolution has greatly intensified the process in some Asian countries.

At present times, only a few genes of ancient wild plants are left and this is a matter of great concern. The environment of the Earth is changing rapidly. It is possible that these few selected genes in selected varieties may not support the plants in changing environments.

It can destroy all our selected varieties. Therefore, we need a great gene pool of ancient wild plants. The preservation of this gene pool is called genetic conservation.

There are different methods to conserve the genetic pool. The genetic resources are assembled, safely stored, and adequately documented. Then these resources become available to the scientific community and through it to society, for the benefit of this and future generations.

Following are the three aspects of genetic Conservation:

It includes the establishment of botanical and zoological gardens and parks.

The biological system of conservation.

Following strategies can be adapted for the conservation of the genetic pool.

Primitive cultivars cannot be preserved in situ. It requires the preservation of farming systems which is impossible. But fortunately, this is not needed since representative samples can be collected in the field and safely preserved for long periods.

A collecting program for any species requires information on the areas where collections are to be made. For this purpose, there is the establishment and development of botanical gardens, research farms, and wind farms.

Seeds of most species can now be preserved for decades. This may be extended to centuries once more experience has been gained in storage at sub-zero temperatures. Seed stored in a fully imbibed state or kept at a temperature of liquid nitrogen. This avoids the risk of genetic damage.

In plants that reproduce vegetatively, regeneration from tissue culture has an important role in the conservation of genes. So far only meristems culture can be used for long-term conservation.

Wild varieties of plants are rich sources of the genetic pool. Unfortunately, little attention is paid to the conservation of these plants.

This one is not an easy task because it involves many social, political, and economical issues. But it is necessary to preserve natural communities from encroachment. The main aim is to provide optimum conditions in these communities.