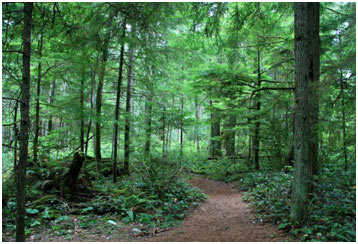 A forest can be defined as a large area or tract that is uncultivated land and is covered with a large number of trees, shrubs, herbs, and grasses. Forests occupy around 35 % to 40 % of land on the surface of Earth.

About some 420 million years ago, ancient and primitive plants and arthropods began to occupy the land. At first, forests consist of horsetails, ferns that were forty feet tall, and clubmosses. Gymnosperms (non-flowering) appeared in the late Paleozoic era and dominated the Earth’s Forests during the Triassic period.

About 145 to 65 million years ago in the Cretaceous period, the first Angiospermic (flowering) plants appeared on Earth. They evolved with arthropods and other life forms and were radiated swiftly.

The development of forests depends upon various factors such as climatic factors, rainfall, relative humidity, space, and temperature being the most important. Forests are principally divided into three types: Temperate, Tropical, and Boreal forests. 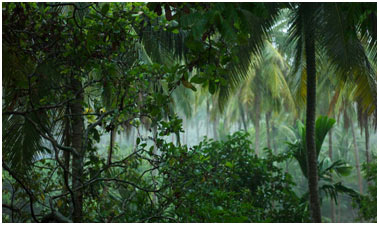 Temperature is on typical 20-25 ° C and differs little throughout the year. The average temperature of the three warmest and three coldest months does not differ by more than 5 degrees. Rainfall is uniformly dispersed throughout the year, with annual rains going beyond 200 cm.

Soil is nutrient-poor and acidic. Decay is fast and soils go through heavy leaching. Canopy in tropical forests is multilayered and constant, permitting little light penetration.

Temperate forests are present between Earth’s poles and the tropics. They remain in parts of North America, Asia, and Europe. These forests are cooler and drier than tropical forests. The climate in temperate forests goes through four seasons. There is a warm summertime season, a cold winter season, and two in-between seasons– spring and fall. Each of the four seasons lasts about three months.

Lots of kinds of trees grow in temperate forests. A few of them are deciduous trees. These trees have broad (flat and large) leaves. “Deciduous” implies they lose most of their leaves throughout the cold season. These trees consist of maple, oak, and beech. 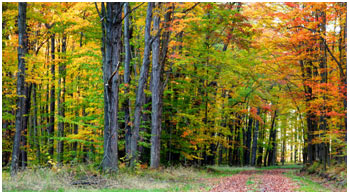 Evergreen trees grow in temperate forests too. These trees have needles instead of broad leaves. Evergreen trees consist of hemlock, spruce, and fir. They remain green all year long. They do not lose all of their needles during the winter season.

There are lots of open spaces between the tops of trees in temperate forests. Sunshine has the ability to reach the ground. Small shrubs are able to grow beneath the large trees. Animals like deer, squirrels, and little snakes reside in these forests. Many people live in the temperate forest biome.

Stands of coniferous forests or boreal forests lie in the South of the tundra and are confined to the Northern hemisphere. These forests are extended from Central Alaska throughout Canada, then sweeps along the northern side of Lake Superior. In Eurasia, this biome extends from Norway, Sweden, Finland, and Siberia. The term Taiga is applied to the substantial belt of northern boreal or coniferous forests. These forests are the significant suppliers of Timber worldwide.

The lands of boreal forests have a cold continental kind of climate. Summer seasons are short with long days and winters are long with short days. Just 4 to 5 months have temperature level higher than 6 ᵒC. the temperature level below which plant life cannot grow. Rainfall is scanty. In the winter season, the ground is covered with snow, and soil freeze to a depth of 6 to 8 feet. 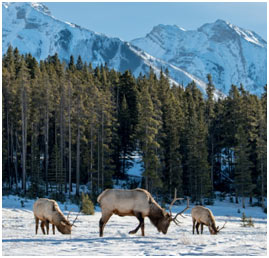 Fauna is limited. Large mammals are represented by Elks, Caribous, Reindeers, Moose, and so on. Of the big mammals, moose is most noticeable (it is the biggest of living deer, attaining a height of 1.8 meters).