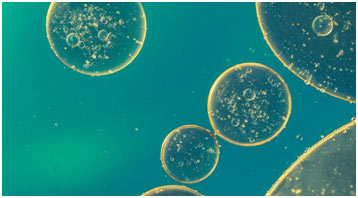 The cytoplasm was discovered in the year 1835 by Robert Brown and other researchers.

The cytoplasm is the semi-viscous ground substance of the cell. All the volume of such substance outside the nucleus and inside the plasma membrane is cytoplasm.

It is often described as the non-nuclear content of the protoplasm. All the cellular contents in prokaryotes are consisted of within the cell’s cytoplasm. In eukaryote organisms, the nucleus of the cell is separated from the cytoplasm. The cytoplasm is the compound of life, it works as a molecular soup and it is in the cytoplasm where all the cellular organelles are suspended and are bound together by a lipid bilayer membrane. Structure of the Cytoplasm

The primary elements of the cytoplasm are:

The cytosol is the part of the cytoplasm that is not inhabited by any organelle. It is a gelatinous fluid, where other elements of the cytoplasm remain suspended. It primarily includes cytoskeleton filaments, organic particles, salt, and water.

Organelles imply “little organs”, that are membrane-bound. They are present inside the cell and carry out specific functions that are essential for the survival of the cell. Some of the constituents of the cell that are suspended in the cytosol are cellular organelles like mitochondria, endoplasmic reticulum, Golgi complex, vacuoles, lysosomes, and chloroplasts in plant cells.

A large series of inclusions exist in various cell types. The inclusions vary from calcium oxalate crystals or silicon dioxide crystals in plants to storage granules of materials like starch, glycogen, etc. Lipid droplets are a widespread example of inclusions, these are round beads, they are made from lipids and proteins and are present in both prokaryotes and eukaryotes as a medium to store lipids like fatty acids and sterols. Motion within the cytoplasm likewise happens in bulk, through the directed movement of cytosol around the nucleus or vacuole. This is particularly essential in large single-celled organisms such as some types of green algae, which can be nearly 10 cm in length.

Cytoplasmic streaming is also essential for positioning chloroplasts close to the plasma membrane to enhance photosynthesis and for distributing nutrients through the entire cell. In some cells, such as mouse oocytes, cytoplasmic streaming is expected to have a function in the development of cellular sub-compartments and in organelle placing too. The cytoplasm plays host to two organelles that contain their own genomes– the chloroplast and mitochondria. These organelles are acquired straight from the mother through the oocyte and therefore constitute genes that are inherited outside the nucleus.

These organelles reproduce independent of the nucleus and respond to the requirements of the cell. Cytoplasmic or extranuclear inheritance, therefore, forms an unbroken hereditary line that has actually not gone through blending or recombination with the male parent.

Cytoplasm is the semi-viscous fluid present within the cell. The cytoplasm has two distinct parts. The cytomembrane system consists of well-defined structures such as endoplasmic reticulum, Golgi apparatus, vacuoles and vesicles.

The fluid cytosol suspends the structures of the cytomembrane system. It also contains various dissolved molecules.

The cytosol majorly composed of water and salts but in addition carbon, hydrogen and other elements which are essential for metabolic activities are present in cytosol.

The processes like glycolysis, synthesis of protein and cellular divisions i.e., mitosis and meiosis occur in cytoplasm.