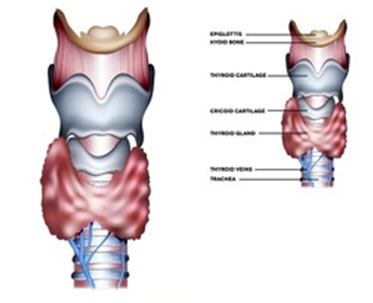 The organic substances which are released and transported by blood to specific targeted tissue to produce, promote or prevent function are hormones. Hormones can be proteins, amino acids, steroids or polypeptides in nature.

The chemical coordination in animals including humans is known as endocrine system. In humans, there are many glands responsible for secretions (hormones) for different life processes such as growth, blood glucose balance, etc.

Hormones are responsible for metabolism and important body processes. They regulate physiological activities and maintain homeostasis (ADH or Vasopressin).  Too much or too little hormone secretion can cause sometimes severe illnesses.

Hormones are organic compounds of differing structural complexity. They are poured directly and are transported to blood to particular target tissues. The hormones affect the target cells. They do not start new biochemical reactions however produce their effects by managing enzymatic and other chain reactions, currently present.

They may either promote or prevent a function. Hormones might likewise control some long-term modifications, such as rate of development, rate of metabolic activity, and sexual maturity. Chemically hormones might be of the following four types:

It is part of the forebrain. It is here that a number of the sensory stimuli of the nerve system are converted into hormonal responses. It is believed that oxytocin and antidiuretic hormone (ADH) is produced in the hypothalamus and travel down the nerves to the posterior lobe of the pituitary to be stored. They are released from their storage after receiving nerve impulses from the hypothalamus.

In humans, the pituitary gland or hypophysis cerebri is an ovoid structure about 0.5 gm in the adult and is linked to the brain through a short stalk (the infundibulum). It has three lobes viz, anterior, median, and posterior. The anterior lobe is typically described as the master gland, due to the fact that in addition to producing primary hormones it produces the tropic hormones which manage the secretion of hormones in much of the other endocrine glands.

Somatotrophin releasing factor (SRF) is produced from hypothalamus throughout the life. When the development has actually mainly ceased after adolescence, the hormone continues to promote protein synthesis throughout the body.

The release of the Thyrotropin-releasing factor from the hypothalamus is controlled by the levels of thyroxine in the blood. In the existence of low levels of thyroxine, there is increasing production of TSH and vice versa. It is secreted throughout life however especially reaches high levels during the periods of fast development and growth. It acts directly on the cells of the thyroid gland, increasing both their numbers and their secretory activity.

The release of corticotrophin-releasing factor from the hypothalamus is managed by steroid levels in the blood and by direct anxious stimulation of the hypothalamus as a result of stress e.g., cold, heat, discomfort, scare, infections. Excess and deficiency results in the disturbance of regular adrenal functions.

FSH and LH/ICSH share a common hypothalamic releasing factor. Prolactin is constantly produced from the pituitary and is inhibited by prolactin inhibiting hormone (PIH) from the hypothalamus. Prolactin promotes milk production and acts with LH. FSH in women promotes follicle development and secretion of estrogens from the ovaries; in males, it promotes the development of the germinal epithelium of the testis and sperm production. LH deals with FSH to promote estrogen secretion and rupture of fully grown follicles to release egg or ovum.

It also causes the luteinization (lit. “turning yellow’) of the latter and acts synergistically with prolactin to maintain the corpus luteum (and thus the progesterone it secretes). ICSH in the male promotes the interstitial cells of the testis to secrete testosterone.

Its inhibition of secretion is controlled by the hypothalamus. External light governs its secretion. More secretion in pregnancy promotes melanocytes in the skin to produce brown pigment, melanin, which darkens the skin. Excess MSH is produced in Addison’s illness. Among the signs of which is the darkening of the skin.

Its secretion is caused by the decline in blood pressure, blood volume, and osmotic pressure of the blood which is discovered by osmoreceptors in the hypothalamus. External’ sensory stimuli likewise influence hypothalamic neurosecretory cells. Increased levels trigger increased water reabsorption in distal parts of the nephron.

Its release is stimulated by distension of the cervix, a decrease in progesterone level in the blood, and neural stimuli during parturition and suckling. The main action is on smooth muscle, especially in the uterus during childbirth, and likewise triggers milk ejection from mammary glands.

In mammals, it consists of 2 lobes situated below the larynx. It produces thyroxine (or tetraiodothyronine: T4), tri-iodothyronine, or T3 (which has a structure similar to thyroxine with 3 iodine atoms rather than 4), and calcitonin hormone. The thyroid is active continually however produces greater levels of secretions during periods of rapid growth and sexual maturation and in tension scenarios such as cold and appetite.

Thyroxine and tri-iodothyronine, two hormones act in basically the same way. They act on the basal metabolic rate by stimulating the breakdown of glucose and release of heat and generation of ATP. They also act in conjunction with somatotropin in producing growth and act straight on brain cells causing them to differentiate. In amphibians, they bring about the process of metamorphosis. If secretion of the thyroid is deficient, tadpole larva of frog does not metamorphose to turn into a frog, but rather grow to a larger sized tadpole. In humans, the glands are found embedded in the posterior part of the lateral lobes of the thyroid. These produce a hormone called parathormone. Low levels of blood Ca++ ions promote the parathyroid directly to increase parathormone production whereas high levels of Ca++ ions reduce its release.

This is under the control of the pituitary trophic hormones STH and ACTH and likewise responds directly to the level of blood glucose. The islets contain a large number of p cells related to insulin production. The smaller sized number of cells produce glucagon. In general, insulin depresses blood glucose levels, in a variety of methods which include increasing glycogen synthesis and increasing cell usage of glucose. It likewise promotes the conversion of glucose into lipid and protein, which in turn minimize glucose levels.

Glucagon is essentially antagonistic to insulin and causes an increase in blood sugar levels. It does this primarily by promoting the breakdown of glycogen to glucose in the liver and muscles. It also increases the rate of breakdown of fats.

The adrenal cortex is active at all times however especially so list below shock or tension circumstances and infections. Cortisol is the glucocorticoid and causes an increase in blood sugar level primarily by its production from protein and by antagonizing the action of insulin.

Numerous parts of the gut function as endocrine tissue. The crucial hormonal agents produced are:

Gastrin is the hormone produced by the mucosa of the pyloric region of the stomach. It promotes the secretion of gastric juice. It is produced under the influence of protein food in the stomach after it is partly digested.

It is produced from the duodenum when acid food touches its lining. It affects the pancreas to produce and release pancreatic juice and likewise affects the rate of bile production in the liver.

Oestrogen is produced by ripening follicles (and, in numerous types, by interstitial cells of the ovary) whose development has been initiated by FSH from the pituitary. Estrogens produce the development of the secondary sexual characters in the female, cause thickening of the uterine wall, and, at a point during the estrous or menstrual cycle, exert positive feedback which results in a sharp increase in LH output by the pituitary.

They also help in healing and repairing of uterine wall after menstruation. Under the influence of estrogen, some of the cells of the uterine wall become glandular and start secreting proteinaceous secretions which are taken up by the embryo throughout its early stages of development.

Produced by the ruptured follicles in response to LH from the pituitary. Progesterone hinders additional FSH secretion from the pituitary, thus preventing any more follicles from ripening. It also affects the uterus, triggering more thickening and vascularization of its wall, and other areas of the female body, preparing it for preserving the state of pregnancy. It reduces ovulation. That is why it is a major constituent of contraceptive pills.

The testes include many coiled seminiferous tubules where the spermatozoa develop and, between the tubules, areas of interstitial cells produce gonadal hormones called testosterone and 17 b-hydroxy testosterones.