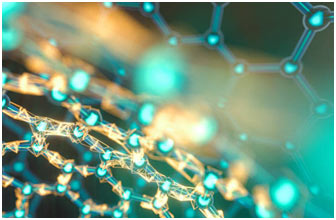 Genetics is the discipline of science which deals with the study of genes, inheritance, heredity factors, phylogenetic relations, molecular biology, biochemistry, and other advanced knowledge related to genes and inheritance.

The history of classical genetics dates back from the classical era of Aristotle, Pythagoras, Hippocrates, etc. The origin of genetics leans back in the establishment and development of theories of evolution such as done by Charles Darwin and Wallace.

Both described the evolution of new species in different regions, the role of natural selection in evolution however, both were unfamiliar with the concept of genes. Modern genetics started from Gregor Johann Mendel – an Austrian monk.

He derived some laws of inheritance in the 19th century, better known as Mendel’s law. He performed plant hybridity experiments on pea plants. Between 1856 and 1863, Mendel cultivated and tested around 28,000 pea plants.

He came to the conclusion from his experiments with two generalizations. They are later known as Mendel’s law of Heredity or Mendelian Inheritance which include Law of Segregation and Law of Independent Assortment.

For full reading, go to this tutorial.

Mendel’s observations, experiments, and his conclusions were largely neglected. Even Mendel did not see the ultimate acceptance and applicability of his laws in his life. In 1900, three European scientists Hugo de Vries, Carl Correns, and Erich von Tschermark rediscovered Mendel’s work.

The exact nature of rediscovery was debated by Hugo de Vries and Correns pointed out the priorities of Mendel’s work.

In 1900, German scientist Karl Correns put forward the concept that chromosomes play a central role in inheritance. In his papers, he published about the rediscovery of Mendel’s work. It was observed later that during meiosis (cell cycle) chromosomes paired with one another.

In 1902, Walter Sutton formulated the theory on chromosomal inheritance on the basis of these observations. The theory states that:

Gene and chromosome show parallel behavior so genes are located on the chromosomes. Many pieces of evidence supported Sutton’s theory.

I. Fusion of Gametes

II. Pairing of Chromosomes and Genes

III. Segregation of Chromosomes and Genes

During meiosis, the segregation of chromosomes takes place. Each pair of homologous chromosomes orients on the metaphase plate independently of every other pair. Similarly, genes also segregate during meiosis.

The most vigorous promoter of Mendel’s work was William Bateson in Europe. He used the terms gene, genetics, and allele. This model was highly opposed by other biologists. There were two objections put forwarded on Mendel’s work.

Many biologists rejected the theory because they were not sure that this was applicable to all species.

R.A Fischer showed that multiple Mendelian factors were involved for individual traits. These multiple traits can produce a large number of results, observed in nature.

Thomas Hunt Morgan and his assistants later integrated the theoretical model of Mendel with the chromosome theory of inheritance. Morgan proved that chromosomes of cells actually hold the hereditary particles. They create classical genetics and finally proved Mendel’s work.

In 1928, Fredrick Griffith described that genes could be transferred. It was finally determined that the genetic material is made up of Deoxyribose nucleic acid (DNA).

In 1941, George Wells Beadle and Edward Tatum first put forwarded the occurrence of mutations in genes. These mutations are causes of specific errors in specific steps in metabolic pathways.

This showed that specific gene’s code for specific proteins. Thus, one gene-one enzyme hypothesis was formed.

In 1953, James D. Watson and Francis Crick demonstrated the molecular structure of DNA. The central dogma of molecular biology was determined. According to it, proteins are translated from RNA. RNA itself is transcribed by DNA.

In 1972, Walter Fiers and his colleagues determine the sequence of genes. These were the gene for bacteriophage coat protein.

In 1977, Richard J Roberts and Phillip Sharp discovered that genes can be split into segments. Thus, one gene can make several proteins.