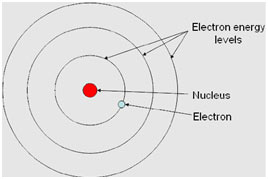 Bohr in 1913 proposed the atomic model for Hydrogen atoms to explain the empirical results of Rydberg. He used both classical as well as quantum physics for his explanation of the model of the hydrogen atom. His semi-classical theory was based upon following postulates.

An electron, bound to the nucleus in an atom can move around the nucleus in certain circular orbits without radiating. These orbits are called the discrete stationary states of the atom.

Only those stationary orbits are allowed for which the orbital angular momentum is equal to an integral multiple of:

n is called the principal quantum number, m and v are the mass and velocity of orbiting electron respectively and h in the equation is Plank’s constant.

Whenever an electron makes a transition that is, jumps from high energy state E n to low energy state Ep, a photon of energy h f is emitted so that 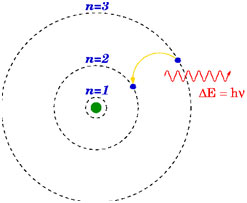 For this purpose, let suppose the string of length ‘l’. If stationary waves are set up in a stretched string. Then we can write 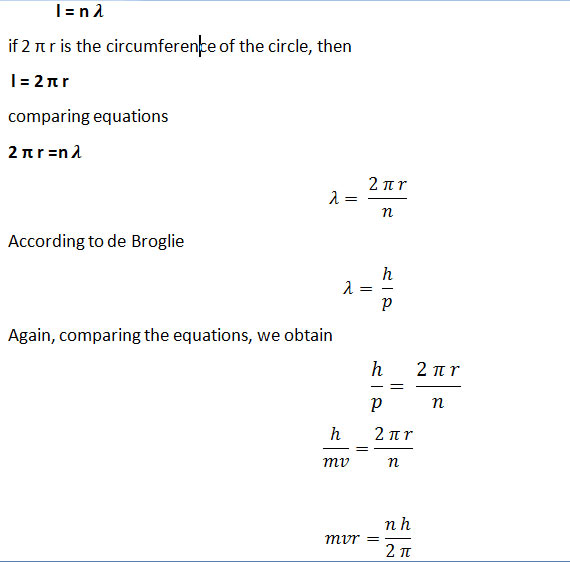 This is the second postulate of Bohr’s model of the hydrogen atom which was proved by de Broglie’s equation.